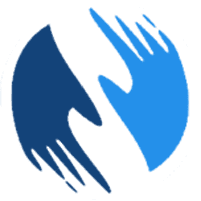 Our practice brings advanced vascular procedures to patients serving the San Fernando and the greater Los Angeles area. Dr. Sammy Eghablieh specializes in minimally invasive surgical techniques that offer exceptional outcomes and has been listed as a top surgeon by U.S. News in vascular and endovascular surgery.

Our patients often have complex medical issues and seek us out as a second or third opinion to the challenges they face. We are pleased when our patients find great relief with the solutions our practice is able to provide. Our goal is to establish a trusting patient-physician relationship and to develop a life-long partnership with our patients.

We specialize in the
following vascular services:

Dr. Eghbalieh received his medical degree from David Geffen School of Medicine at UCLA and completed his residency in a General Surgery Program at Yale University School of Medicine Affiliate Hospitals - Saint Mary's in Connecticut. Dr. Eghbalieh also received his Postdoctoral Research Fellowship in vascular surgery at Yale School of Medicine. He then completed his fellowship in vascular, endovascular and minimally invasive vascular surgery at the world renowned Albany Medical Center with the Albany Vascular Group in New York.

Dr. Eghbalieh has received numerous national and regional awards for his contributions in the field of vascular surgery and has presented extensively an array of complex vascular and endovascular procedures in regional and national meetings. Dr. Eghbalieh has published numerous peer reviewed articles during his journey in the healthcare field and was most recognized for his research in neointimal hyperplasia in the aging, published in the Journal of Gerontology.